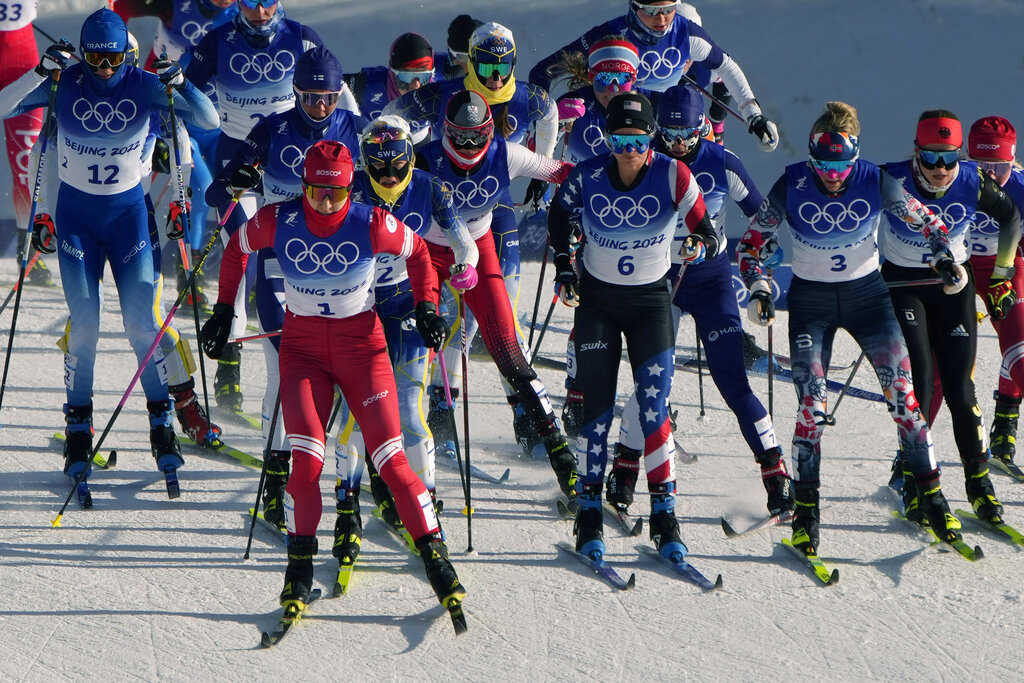 Therese Johaug of Norway won the first gold medal of the Beijing Games on Saturday, dominating the 15-kilometer skiathlon after opening a commanding lead midway through the race that determines the world’s best all-around skier.

The 33-year-old Johaug, a 14-time world champion and three-time Olympic medalist, left the field behind after the first half of the race, which is skied half in the “classical” up-and-down skiing style and half in the less-regimented “skating” style.

The World Cup leader, Natalya Nepryayeva of Russia, held off Teresa Stadlober of Austria in a close battle for silver and bronze. Nepryayeva edged Stadlober, a surprise medalist, by three-tenths of a second, but both finished more than 30 seconds behind Johaug, whose winning time was 44 minutes, 13.7 seconds.

The race was held in the frigid, blustery conditions of the Zhangjiakou National Cross Country Skiing Center, on a day so cold that dozens of skiers competed wearing hats and face masks and tape on their cheeks to prevent windburn, a rarity in a sport that involves so much exertion.

Minnesotan Jessie Diggins, a hero of the 2018 Games after her dramatic closing leg delivered gold in the women’s team sprint – “They’ve given it everything on the Klaebo bakken!” – finished sixth, nearly 1 minute behind Johaug.

“A really promising start,” said Diggins, an Afton native and former Stillwater High School star whose specialty is the sprint races and who would have been a surprise medalist in a race that required so much classical skiing, her weaker style.

The frigid temperatures and gusty winds made for brutal racing conditions. Hailey Swirbul, another American, said one gust of wind nearly brought her to a complete stop.

Diggins, the American star, had wanted to kick off the Olympics in grand style, but she could not match the power of Johaug and a clump of other European skiers during the classical first half of the race. Four years ago, Diggins and her former teammate Kikkan Randall became the first Americans to win gold in cross-country, and the first Americans to win a cross-country medal since 1976.

Since that victory, Diggins has become one of the most feared skiers in the world, a wiry spark plug with seemingly limitless reserves of energy that force her competitors into submission and propel her to the finish when a race is on the line.

Skiathlon is a unique test, though, since it requires skiers to excel at both classical style skiing, in which the skis remain in a straight line, and freestyle, or skate skiing, a motion that is similar to ice skating.

It is an event that has always proven tough for American skiers, most of whom grow up skiing freestyle and then learn how to ski classical when they get older and start to compete. European skiers are far more likely to have been introduced to classical style skiing at a young age.

Diggins has spent countless hours during the past four years trying to improve her performance in classical. The efforts helped lead to her becoming the first American woman to win the prestigious Ski Tour in 2021, a multidisciplinary, eight-stage race that takes place in three venues in multiple countries over 10 days.

She will have several more chances to medal in Beijing, especially in the individual sprint, scheduled for Tuesday.