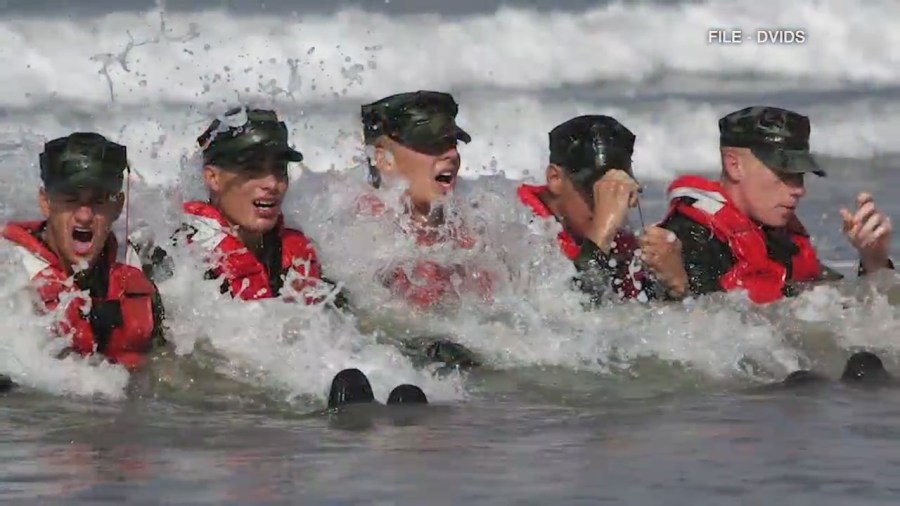 CORONADO, Calif. – Just hours after finishing a grueling training, two Navy SEAL candidates were rushed to the hospital, one of them died at Sharp Coronado Friday afternoon.

“It’s a miserable time, it’s well-named,” said Paul Anderson, a retired Navy Seal Chief. “It’s a good check. You get approximately four hours of sleep the entire week. physical obstacles, going in and out of the surf zone with your boats, running, you are constantly wet and you are always sandy. ”

“They may have had pneumonia and went home to try and cover it up because if you are sick or injured you can be held back from your class,” Anderson said. “I think they did not want to lose their place and have to go through all this again so they may have tried to hide their symptoms, though again I do not know. ”

It’s not clear what these SEAL students went through during this first phase of training, but Anderson shared what could have happened.

“You know that is kind of a common thing, aspirating some water in the pool or in the ocean is very easy to do,” Anderson said. “I hate to speculate what happened, but I do not think it was from the lack. of attention from the instructors or the medical staffing. “

Jack in the Box, Chevron among businesses robbed by same man, police believe

In a statement regarding the death, 52nd District Congressman Scott Peters said, “My prayers are with the family and loved ones of the deceased during this very difficult time, and I wish for a full recovery of the other candidate reported injured yesterday. These courageous, talented sailors were on their way to becoming some of our country’s most elite military personnel. We must find out what transpired so we can do whatever we can to keep others safe. ”

The last death reported was May of 2016 when 21-year-old Seaman James Derek Lovelace died while undergoing a BUD / S pool exercise at Naval Amphibious Base Coronado.

The medical examiner ruled his death a homicide by drowning, but no criminal charges were filed.

Navy officials plan to release the name of the deceased Navy SEAL candidate 24 hours after his family is notified.

In the meantime, they are investigating the cause of his death.

At last check, the other sailor is under close medical watch at the Naval Medical Center San Diego.